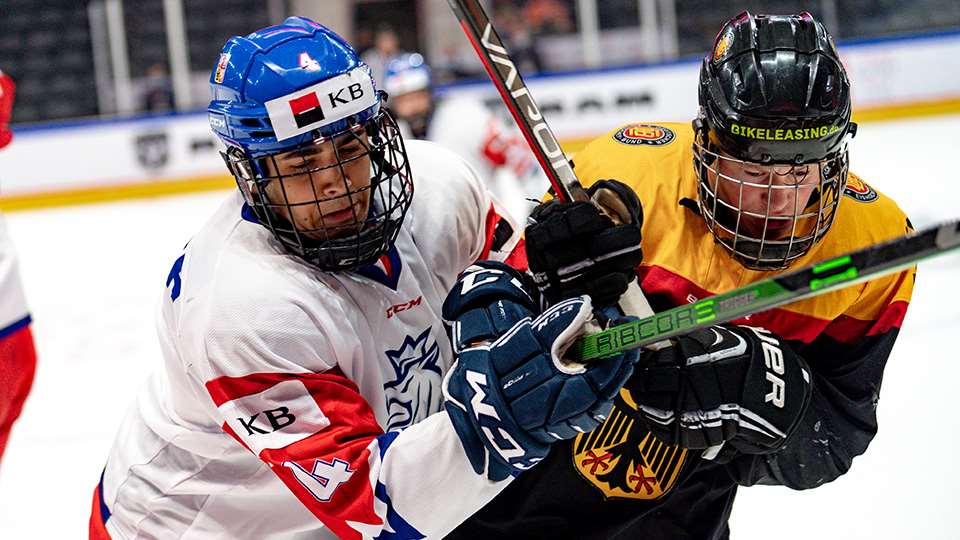 Šalé scored his first of three goals just 41 seconds into the game, followed seconds later by Timo Ruckdaschel for Germany, both sides scoring on just their second shots of the game. Goals from Dominik Petr and Matteo Kočí gave Czechia a 3-1 lead heading into the second.

Šalé completed the hat trick as he scored a pair of goals before the seven-minute mark of the second frame. Leon Willerscheid was chased from the German goal in favour of Dean Döge eight minutes into the second after Šalé's second and third goals of the night. Andrej Fábry and Adam Csabi rounded out the period to put Czechia up 5-1.

Lucas Brandl took one back for the Germans on the power play to start the final frame, but it was too little, too late. Czech goaltender Adam Dybal finished with 22 saves.

Germany will be back in action on Tuesday afternoon against Finland (3 p.m. MT), while Czechia will take on on the U.S. on Wednesday morning (11 a.m. MT).