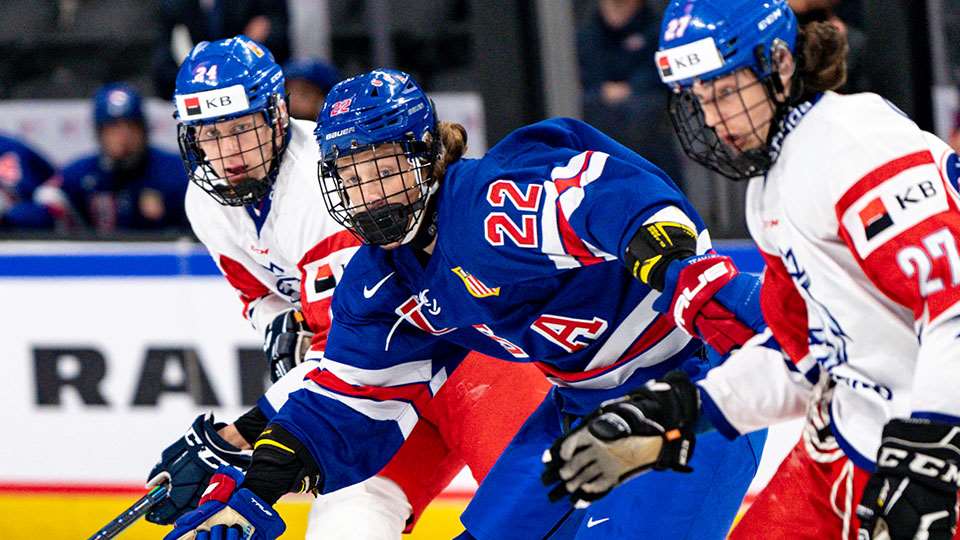 Šprynar scored the game-winner and Hrabal had 34 saves as Czechia downed the U.S.

()
Czechia 3 – United States 1
RED DEER, Alta. – Jan Šprynar scored the game-winner and Michael Hrabal was terrific in a 34 save performance as Czechia downed the United States 3-1 on Wednesday to book a spot in the semifinals at the 2022 Hlinka Gretzky Cup.

After a scoreless first period, Jan Kučera got Czechia on the board early in the second, beating U.S. goaltender Hampton Slukynsky with a shot from the left faceoff circle to make it 1-0.

A do-or-die game for the Americans, they outshot Czechia 24-15 through two periods but couldn't beat Hrabel.

Just as the American forecheck had started to shift momentum to the U.S. in the third period, the Czechs forced a turnover and started on a 2-on-1 attack, with Šprynar finding the back of the net to make it 2-0.

The U.S. responded with a goal from Tanner Adams to cut its deficit to one. Needing a regulation-time win to make the semifinals, the U.S. pulled its goalie with over five minutes left to play and the Czechs capitalized, sealing the win with an empty-netter from Jakub Dvorak.