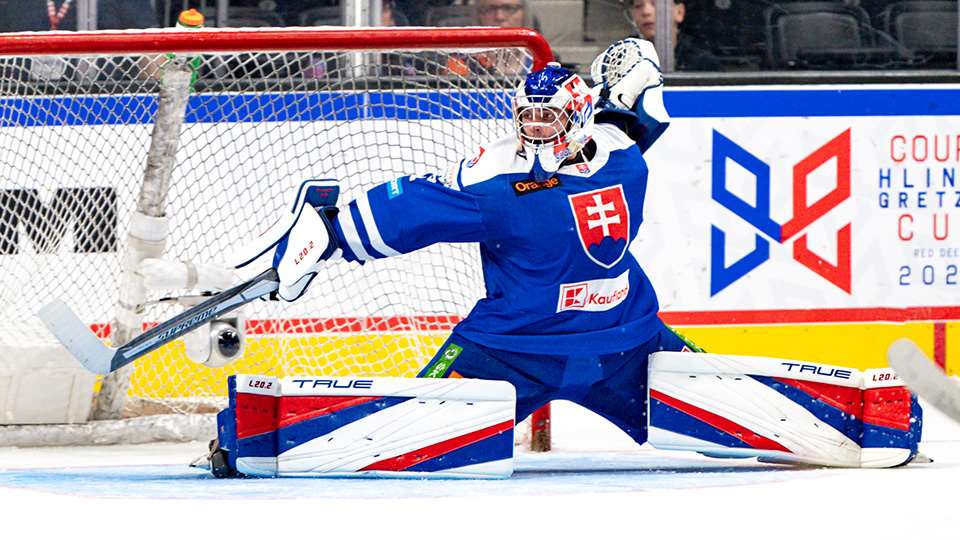 ()
Slovakia 3 – Switzerland 2 (OT)
RED DEER, Alta. – Adam Cedzo scored a pair of goals, including the overtime winner, to give Slovakia its first win at the 2022 Hlinka Gretzky Cup, 3-2 over Switzerland on Wednesday afternoon. Daniel Alexander Jenčko got Slovakia on the board just past the halfway mark in the first period, but Kevin Zürcher answered right back for the Swiss to make it a 1-1 game going into the intermission.

Slovakia came out firing in the second period, but it was a power-play marker from Rafael Meier with 6:48 remaining in the frame to put the Swiss into the lead. Slovakia got a power-play marker of its own from Cedzo to tie the game again. Switzerland finished 1-for-5 with the man advantage, while Slovakia was 1-for-4.

Regulation time decided nothing, so 3-on-3 overtime was needed. František Dej beat his man to the outside and made a nice drop pass to Cedko, who buried the the winner at 1:53 to give Slovakia its first win of the tournament.