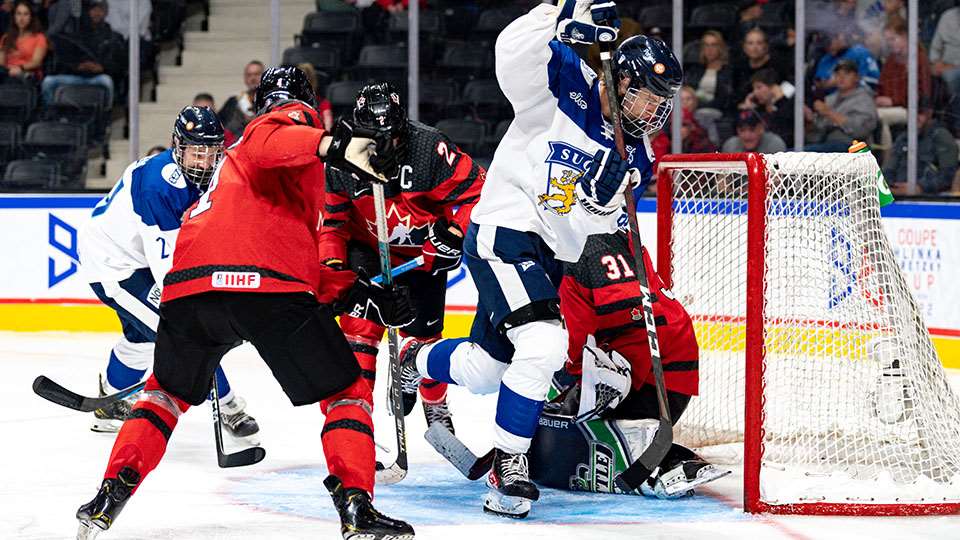 RED DEER, Alta. – Canada will play for gold on home ice at the 2022 Hlinka Gretzky Cup after taking down Finland 4-1 on Friday night, backstopped by Scott Ratzlaff, who made 23 saves and earned Player of the Game honours.

Canada was on its heels to start the first, with Finland showing the most life of any opponent the Canadians have faced so far. Ethan Gauthier brought Canada to life, weaving around Finland’s defence and shovelling a backhand upstairs to take a 1-0 lead into the second period.

Canada scored a second goal when Calum Ritchie dumped a puck in off the end boards that bounced off Finnish goalie Eemil Vinni and in. Ritchie has scored in Canada’s last three games and leads the tournament with nine points so far (3-6—9).

Ratzlaff’s third-straight shutout was spoiled by Arttu Alasiurua with just 17 seconds left in the game. The Irma, Alta., native has allowed only one goal on 59 shots through his three starts in the tournament.

Canada will have home-ice advantage as it competes for its 23rd summer under-18 gold medal against the winner of Czechia and Sweden on Saturday at 5 p.m. MT.