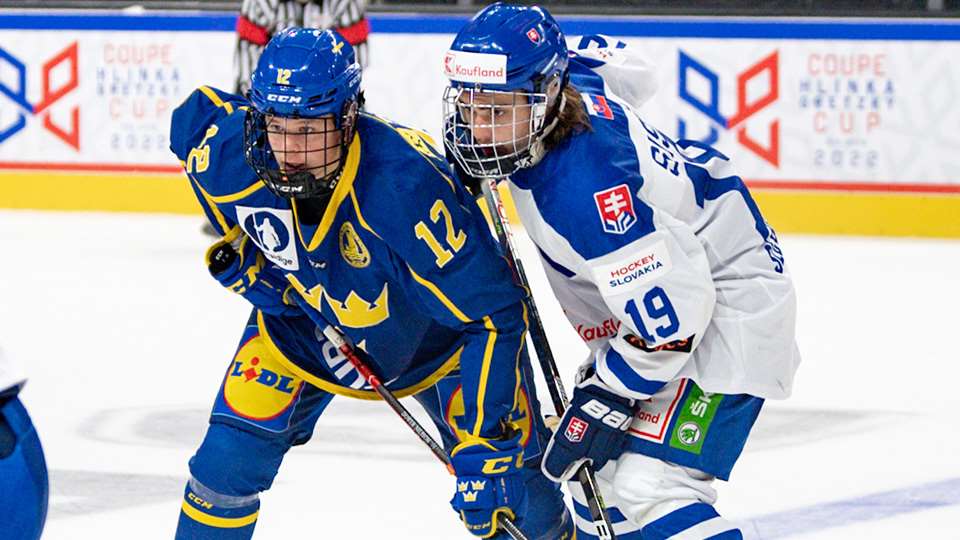 RED DEER, Alta. – Otto Stenberg had a three-point night with two goals and an assist, and Noah Erliden made 32 saves as Sweden downed Slovakia 4-1 in its opening game in the preliminary round Monday at the 2022 Hlinka Gretzky Cup.

The goaltenders were busy in the first period, combining for 29 saves to keep the game scoreless. Zeb Forsfjäll opened the scoring near the end of the second, beating Slovakian goaltender Samuel Urban to make it 1-0. Urban finished the game with 34 saves in the loss.

Samuel Barcík netted an equalizer for Slovakia on a seeing-eye shot from the point that found its way past Noah Erliden and tied the game 1-1 early in the third.

Seconds later, Stenberg scored the game-winning goal on the power play with a wicked one-timer. The Swedish power play finished 1-for-4 while the penalty kill held off Slovakia on six attempts.

The Swedes will be back in action on Tuesday morning against Switzerland (11 a.m. MT), while Slovakia will take on Canada in primetime on Tuesday evening (7 p.m. MT).