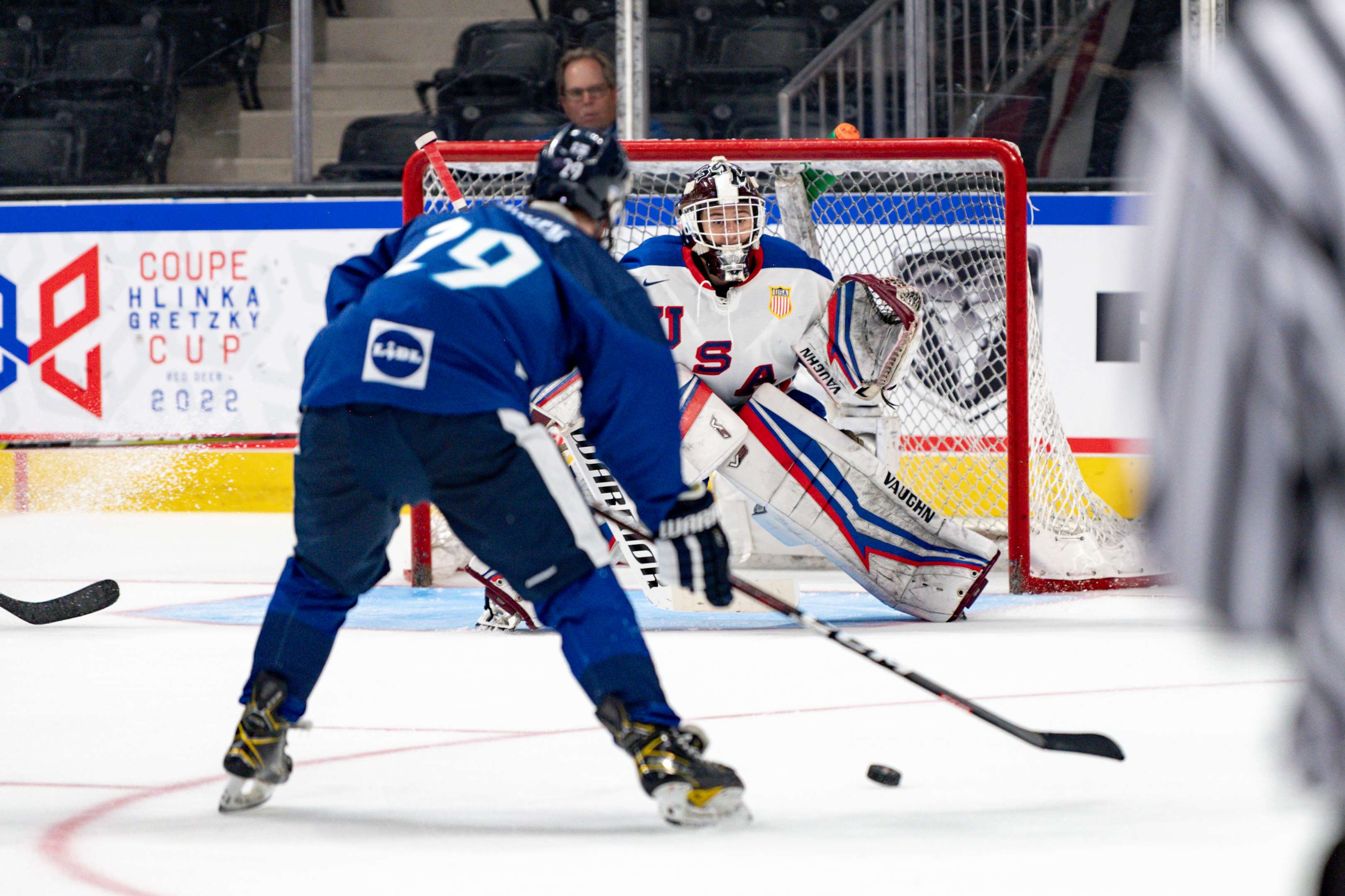 RED DEER, Alta. – Tuomas Uronen and Emil Järventie led the way with three points each as Finland stepped up to beat the United States 4-1 on Monday in its second game in the preliminary round of the 2022 Hlinka Gretzky Cup.

The Finns came into the match-up having lost their first game, a 4-3 shootout defeat to Czechia, while the Americans were coming off an 8-1 drubbing of Germany.

The U.S. opened the scoring early with a quick tally from Quentin Musty on the power play just 2:53 into the game. Järventie was able to sneak a quick backhand by U.S. goaltender Calvin Vachon minutes later, tying the game at 1-1. But the Americans found themselves in penalty trouble and were forced to spend much of the first period on the penalty kill.

Despite having a goal called back in the second, Finland took a 3-1 lead thanks to goals from Maxim Eliseev and Uronen.

Uronen scored again on a beautiful set up by Järventie just past the midway point of the third as Finland extended the lead to 4-1. Järventie finished the night with two goals and an assist to take Player of the Game honours.

The Finns will be back in action on Tuesday afternoon against Germany (11 a.m. MT), while Slovakia will take on Canada in primetime on Tuesday evening (7 p.m. MT).