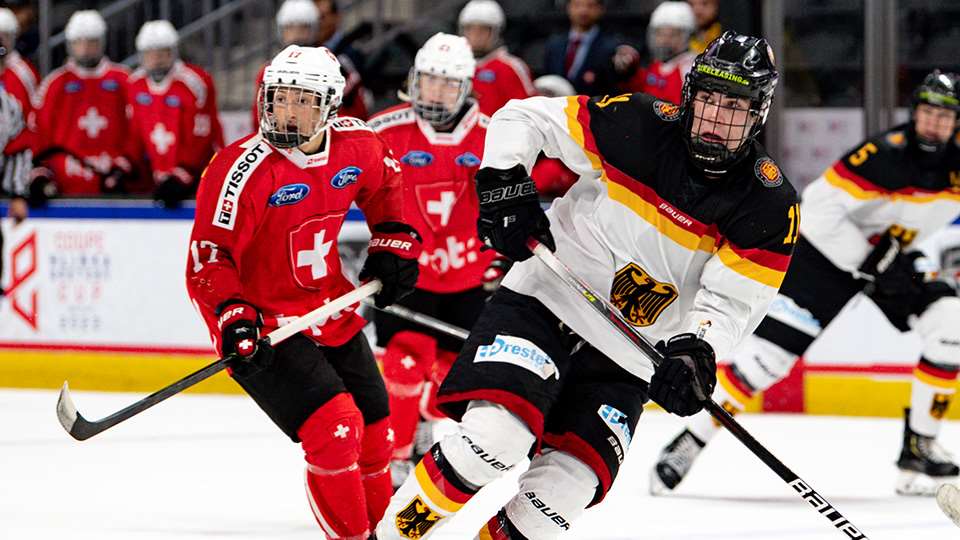 ()
Switzerland 4 – Germany 1
RED DEER, Alta. – Léo Braillard scored a pair of goals—his third and fourth of the tournament—to help Switzerland to seventh place at the 2022 Hlinka Gretzky Cup over Germany in a 4-1 game.

Braillard tallied first as he snapped home a rebound off a scramble in the German crease at the 15:47 mark of the first period. He followed that up just two minutes later as he drove the left wing and wristed a shot blocker side on German goaltender Nico Pertuch.

Germany struggled to create offense through the first two periods, with Swiss netminder Diego Simeoni shutting the door on all 17 shots through 40 minutes of play. He would finish with 22 saves.

Zachary Etique added the third Swiss goal, tipping a shot from the point by Tim Horak with 3:02 remaining in the second to extend the lead.

Linus Brendl spoiled Simeoni’s shutout bid in the third period, his third of the tournament, before an empty-netter from Kevin Zürcher sealed the win.